A Definitive Work on Theosophy 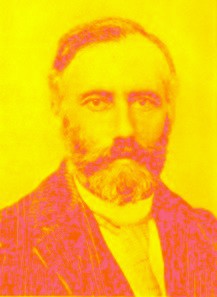 An attempt is made in the pages of this book to write of theosophy in such a manner as to be understood by the ordinary reader. Bold statements are made in it upon the knowledge of the writer, but at the same time it is distinctly to be understood that he alone is responsible for what is therein written: the Theosophical Society is not involved in nor bound by anything said in the book, nor are any of its members any the less good Theosophists because they may not accept what I have set down. The tone of settled conviction which may be thought to pervade the chapters is not the result of dogmatism or conceit, but flows from knowledge based upon evidence and experience.

Members of the Theosophical Society will notice that certain theories or doctrines have not been gone into. That is because they could not be treated without unduly extending the book and arousing needless controversy.

The subject of the Will has received no treatment, inasmuch as that power or faculty is hidden, subtle, undiscoverable as to essence, and only visible in effect. As it is absolutely colourless and varies in moral quality in accordance with the desire behind it, as also it acts frequently without our knowledge, and

as it operates in all the kingdoms below man, there could be nothing gained by attempting to enquire into it apart from the Spirit and the desire.

I claim no originality for this book. I invented none of it, discovered none of it, but have simply written that which I have been taught and which has been proved to me. It therefore is only a handing on of what has been known before.

THEOSOPHY AND THE MASTERS

Find out more about

Theosophy with these links 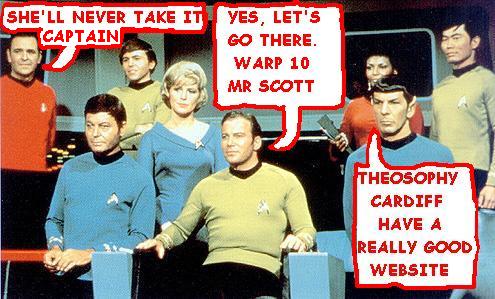 Theosophy Cardiff has links with the

Your Own Theosophy Group Starts Here

A Guide to starting your own Theosophy Group

The Theosophy Wales Guide to

& of course you don’t need to live in Wales

to take advantage of this guide

Concerns are raised about the fate of the

wildlife as The Spiritual Retreat,

England is to be sold to a developer.

purchased for the Adyar Theosophical

It doesn’t require a Diploma in Finance

and even someone with a Diploma in

Astral Travel will know that this is a

In addition to concern about the park,

many are worried about the future

of the Tekels Park Deer as they

are not a protected species.

Confusion as the Theoversity moves out of

Chorley in Lancashire while the leadership claim

that the Theosophical Society will carry on using

Tekels Park despite its sale to a developer

What the men in top hats have to

say about the sale of Tekels Park

The Seven Principles of Man  Karma

The Theosophical Order of Service (TOS)

THE BUDDHIC AND NIRVANIC PLANES

THE THREE KINDS OF KARMA

THE LAW OF SACRIFICE

This guide has been included in response

to the number of enquiries we receive on this

Memories Of Past Lives

The Law of Rebirth

From A Textbook of Theosophy By C W Leadbeater

How We Remember our Past Lives

The Vision of the Spirit

The Hidden Work of Nature

The Law of Renunciation

The Aftermath of the Somme

The Slaughter of the Battle of the Somme 1916 leads to

a great demand by the public for lectures on Reincarnation